The Printable Modular Robot is a project that has emerged while Dennis and I where working on our final thesis’s at the University.

We created a set of very cheap (~25€ p.p.) modules to be printed on any standard 3D-printer. The modules are driven by RC-servos, controlled by Arduino-Nano boards and connected via magnetic interfaces. 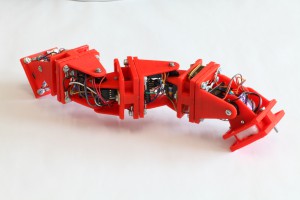 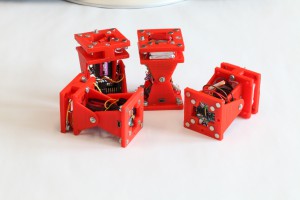 The modules can be dynamically reassembled during operation and the robot automatically detects changes in it’s topology, including the pitch/yaw orientation of every module.

The technical details can be found in the original paper [PDF] that has been published at the CLAWAR conference 2014 in Poznan. More information, including videos, source code and further publications is available on the projects website.

This work, unless otherwise expressly stated, is licensed under a Creative Commons Attribution-ShareAlike 4.0 International License.